This post presents an initiative that was undertaken by a civil society movement in Mangalore (South India) to fill the gap of cultural impact assessment which most environmental campaigns in that region miss out.

It is a decade since my hometown, Mangalore (in South India) celebrated a photo exhibition named “Nilae” (meaning: habitat) that was probably the first of its kind in the region. This photo exhibition was arranged in July of 2008 as part of an environmental campaign organised by a civil society called the (Coastal Karnataka) People’s Development Forum. The photo exhibition documented the identified cultural impacts of the (then proposed) Mangalore special economic zone (MSEZ) project phase II. People’s Development Forum described this event as “an exhibition of photographs from the area earmarked for the MSEZ, including the places of Tuluva[i] cultural and religious significance that will perhaps soon be history”. The establishment of special economic zones (SEZ) in India have led to forced acquisition of land and the displacement of previous owners and farming communities. Resistance to SEZs has been primarily from directly affected communities and civil society organisations [1].

My hometown, Mangalore, located on the South West Coast of India is a lush green belt of land between the Western Ghats and the Arabian Sea. A study conducted by Ramachandra, T.V. and colleagues [2] in one of the villages, where land was planned to be acquired for the MSEZ project, recorded 187 species of plants, 59 butterflies, 11 odonates, six amphibians, three reptiles, 55 birds, seven species of mammals in a short duration of two days in certain selected localities.

Phase I of the MSEZ project had displaced more than 1500 families spread around four villages. Ian Cook from the Central European University and his colleagues based in Mangalore called it the “multiple displacements of MSEZ” [3]. They analysed the different types of displacement, such as social, economic and cultural, caused by the land acquisition process of MSEZ.

The environmental impact assessment study conducted by the “consultant-proponent nexus” [4] lacked detailed investigations covering the cultural impacts of the project [2]. An assessment of cultural impacts must include the impacts on “linkages which the local populace has with ecological components” [4] whereby such linkages form a part of their culture and contribute to the livelihood.

My discussion with the photographer of the exhibition, who is also the member of People’s Development Forum, provided some insights on the rationale of this innovative concept of documenting the identified cultural impacts. He revealed that most of the internationally funded non-governmental organisations in the region focused only on ecological issues in their environmental movements, thereby disregarding the cultural loss embedded within the predicted environmental impacts. So People’s Development Forum decided to view the entire problem not merely from ecological and economic angles but also from a cultural perspective. This viewpoint resonated with what Kagan and co-authors [5] have recently observed in their study. They highlight that culture still plays a minimal role in both sustainability science and mainstream political discourses and that “culture” is not speciﬁed as a significant arena of action on the policy level. The identified set of issues and challenges are often based on “green” themes.

Another member of the People’s Development Forum mentioned that as most city dwellers were indifferent to the issue of displacement induced human sufferings in MSEZ, the photo exhibition was conceived to tell the larger community outside the SEZ area about their cultural loss and the collective loss of Tuluvas as a distinct cultural community. Furthermore, one of the goals was to make communities in the affected villages feel proud about what they already have.

None of the members of People’s Development Forum were impact assessment experts per se, but they possessed that cultural value-based thinking, which is often missing in the Indian environmental assessment practice. Cultural values encompass attributes traditionally considered to be cultural (stories and sense of history in the landscape), and as well as natural attributes that are valued culturally [6].

Two years after this exhibition, at an annual conference of the International Association for Impact Assessment, I stumbled on a poster developed by Szilvacsku Zsolt which called for assessments focusing on “the core value of vitality of living being” to be incorporated in impact assessment practices [7]. The photo exhibition in Mangalore took one small step towards respecting the value and vitality of living systems in the MSEZ affected areas. Paddy fields, cattle herd, traditional houses, a temple and grazing lands were all treated to be components of cultural significance and as forms of vitality.

Moreover, the exhibition was a creation of the concerned citizens of Mangalore and the communities of MSEZ affected villages. It captured the attention of the public and of certain key influential actors and triggered the cultural consciousness that subsequently fuelled the environmental campaign against the land acquisition of MSEZ project. In a certain sense, the cultural focus in this environmental campaign had represented the “conservative” nature of the communities’ movement against the MSEZ land acquisition and their displacement, or in Guha’s words, “refusing to exchange a world they know, and are in partial control over, for an uncertain and insecure future” [8].

The cultural photo exhibition complemented the strong environmental advocacy that was under way in the campaign. The photo exhibition was a part of the campaign’s strategy. Although Phase I of the MSEZ project had acquired around 1757 acres (approximately 711ha) of land comprising of four villages between the years 2004 and 2007 [9], the government notification order to acquire land for Phase II (2000 acres or approximately 809 ha) was eventually withdrawn in July 2011 following the vigorous environmental campaign.

[i] Associated with Tulu speaking communities, based in places such as Mangalore and Udupi and around in the South West Coast of India.

[7]  Zsolt S. 2010. Challenge of value based impact assessments in transitioning to sustainability. Poster presented at the Annual Conference of the International Association for Impact Assessment in 2010, Geneva. Corvinus University of Budapest, Department of Landscape Planning and Regional Development.

[8] Guha, R .2010. How much should a person consume? Thinking through the environment. Hachette India and Black Kite, Delhi. 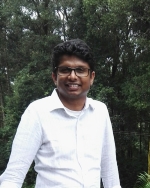 View all posts by aesopyaadmin